In honor of our upcoming July 4th celebration, I thought it would be fun to talk about one of America’s most historical properties, home of one of the writers of the Declaration of Independence.

Often when we think of grand historical homes we think of the estates, chateaus and stately homes sprinkled all throughout Europe. But we shouldn’t forget about our own early American homes, many of which were influenced by French and British architecture, as well the start of an original American colonial style.

Monticello, an American monument and living journal of early American design, was the former home of American President Thomas Jefferson. It is often described as his ‘essay in architecture’. This was his personal plantation and farm, and the property sits upon an impressive 5000 acres of land.

Monticello was designed by Jefferson himself, the plan based on his knowledge, learning from books and his travels to France.

Covering approximately 11,000 square feet, this labor of love took over 40 years to perfect. In designing the place, Jefferson paid close attention to Neoclassical principles – which came from Europe after a resurgence in Roman architectural design. Classic hallmarks of Neoclassic style include specific proportions, as well as particular column designs, pediments, domes and porticos. Jefferson would reportedly study drawings such as the one below and use them to develop a design for his own home that reflected these classic design principles.

Monticello’s design was largely influenced by the teachings of Andrea Palladio, or Palladian principles of design and architecture, based on the buildings of ancient Rome.

The actual building of Monticello officially began in 1768. After TJ’s wife died in 1782, he left to serve as Minister of The US in France. It was here that TJ came under the influence of the French design standards that we still love today. Bringing back over 68 crates of fabrics, furniture and items from France, Jefferson used his new knowledge and the items he had acquired to shape Monticello into the decorating triumph we still see it as today.

There’s so much to share about this wonderful house that I’m going to limit my focus to just two rooms today.

This room is the Entrance Parlor, a large room used for entertaining, reading, listening to music and so forth. The parquet floor is a design Jefferson brought back with him from France. Also you can see the beautiful fauteuils – French styled chairs –  he had purchased in France.

Jefferson took great care in selecting artwork and portraits to reflect whom he believed was important to the history of America.

Upon entering this room, you would find a collection of art, objects and artifacts that Jefferson had personally collected. Also pieces he purchased from Lewis & Clark’s Expedition across the country – pretty neat!

I love the painted green floors, which were designed to bring the outdoors in, much in a way we still do today.

If you hadn’t guessed, I have a deep love and admiration for libraries. Jefferson had his own personal library which originally contained over 6700 books. He could read over 7 languages and had a stunning collection that eventually became the core of the current Library of Congress. While this room is over 200 years old, it just makes we want to pull a book from the shelf and sit and read.

There are so, so many other beautiful aspects of this property, I’ll be sure to share some more next year!

I remember as a child, my parents took us three children on a historical American journey visiting the White House, Washington DC, the Cherry Blossom Festival, the Liberty Bell and many other historical sites. I’m sure at the time I had my mind on a more fun destination such as Disney World, and now I wish I could have had the appreciation that I do now! I suppose I’ll have to make another journey to truly cherish the history behind these early American buildings!

Wishing you a Happy July 4th Holiday. If you’re in town please stop by for our Flash Sale Thursday-Saturday!

Are you committing one of these design mistakes? 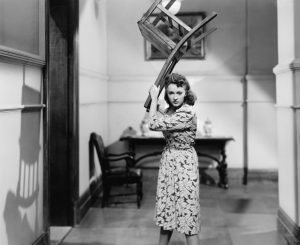 See How I Turned This Ugly Sofa Into A $3,495 Masterpiece

How to Pull off a Pinterest-Worthy Art Wall 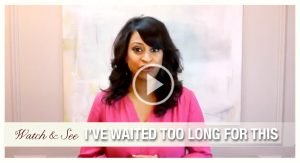 I’ve waited too long for this
« Summer 2013: Top Ten Paint Picks!
Commodes in your Decor »